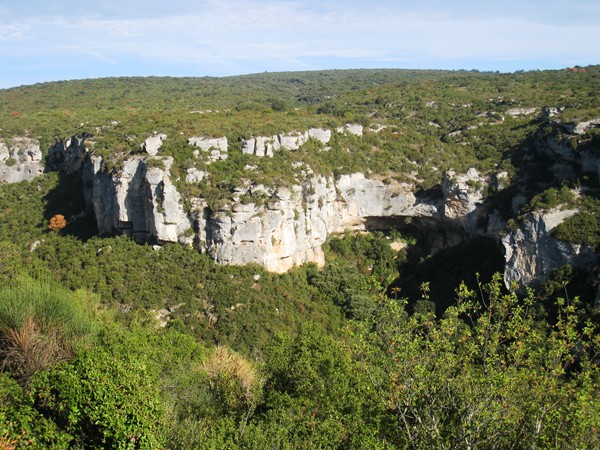 Day Trips to the 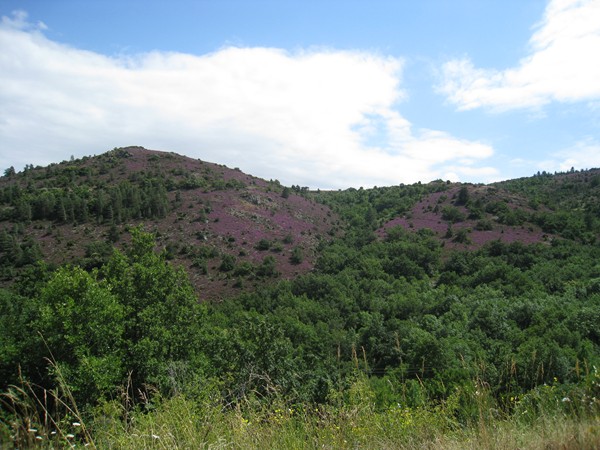 The slopes of the Montagne Noire (Black Mountain) rise just north of Caunes Minervois. It is a massive mountain range, with forested peaks and deep canyons extending almost 100 km along the borders between the departments of Aude, Herault and Tarn. The Pic de Nore at 1,211 meters (3,973 feet) is its highest point; the ridgetop averages about 3,000 feet, easily high enough for winter snow and a dramatic effect on the climate of the Aude valley to the south.

While small villages are scattered thoughout the mountain, it is largely uninhabited and much of it is protected parkland, home to deer, sanglier (wild boar), and countless birds. Neolithic, Roman, Medieval, and more recent ruins dot its slopes, appearing suddenly out of the trees to delight the hiker. Wild rivers pour down the canyons, often disappearing underground for kilometers before reappearing, suddenly, from under a shelf of rock. 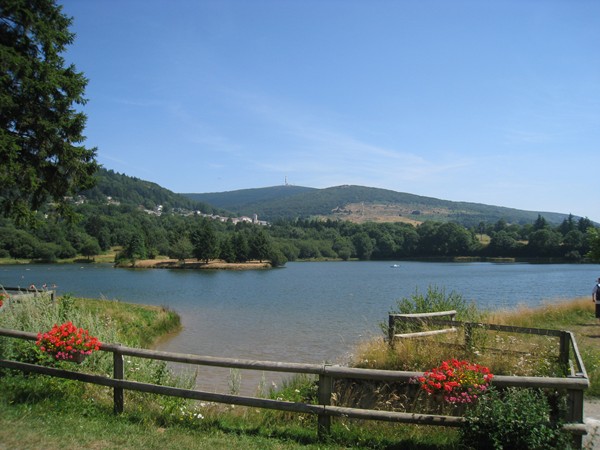 In summer, mountain lakes are warm enough for swimming. Our favorites are Lake Pradelles, in the village of Pradelles-Cabardès just below the Pic de Nore, and the Lac du Laouzas, in the high valley between the Monts de Lacaune and the Monts de L'Espinouse, above St. Pons de Thomières. Both have pleasant picnic grounds, bits of sandy beach and the freedom to swim as you please. Be aware that the water can be deep, and there are no lifeguards.

With its abundance of water and its limestone interior, the Montagne Noire is etched by canyons and riddled with caverns. The deep Canyon of the Cesse is the most dramatic, but every river of the Aude has its gorge, most playing host to spectacular mountain roads. Theater-like openings (abri) and caves mark the sides of almost every canyon. Some of the caves are enormous, like the Gouffre Geant de Cabraspine, a geode the size of a mountain, into which the Eiffel Tower would easily fit. The entrance is up a steep driveway from the D112, just below the village of Cabraspine.

How to get to Lake Pradelles and the Gouffre Geant 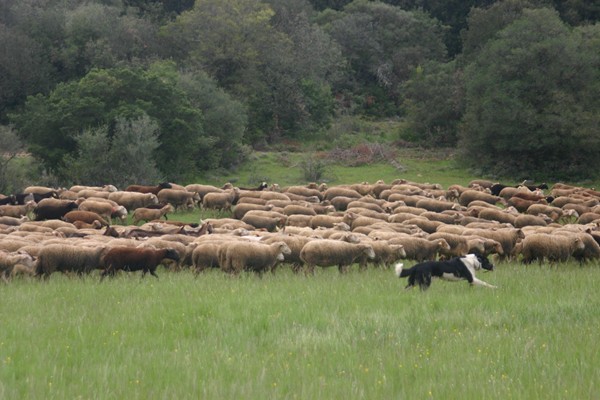 South of the river Aude, the land rises again to form the long ridge of Alaric's Mountain, named for a long-ago Visigoth king, and the Corbières Hills beyond. The Corbières is a wild land of steep hills, deep canyons, ruined Cathar castles and winding roads, with vineyards and olive groves perched on the rocky slopes or filling the narrow valleys. It is easy to drive for an hour on the back roads and not encounter another vehicle. Were it not for the giant electricity-generating aeolians (wind turbines) crowning almost every ridgeline, you would never know that you were still in the current century.

The southern wall of the Corbières is a sheer drop to the Fenouillet Valley below, crowned by castles and watchtowers that once kept an eye on the Catalan kingdom of Aragon. Just above St. Paul de Fenouillet, the wall is pierced by the Gorges de Galamus, a curving knife-cut of a canyon over which the mostly one-lane D10 clings precariously to the near-vertical rock on the eastern side. The road through the gorge is likely to be crowded in the summer, but in the fall it can be found empty, perfect for a leisurely drive. A hermitage dedicated to St. Anthony can be reached from a small parking lot about one-third of the way into the gorge. 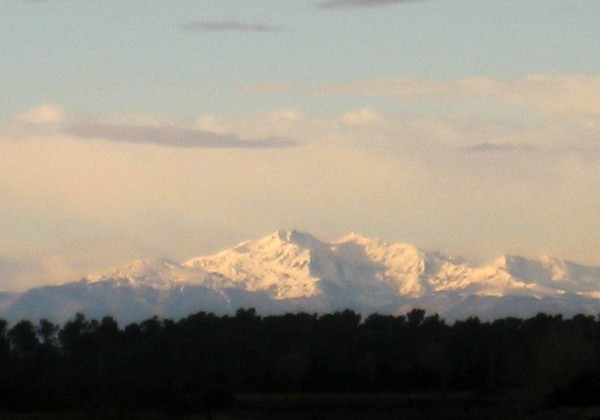 Were it not for the Fenouillet valley, the Corbières would flow right into the Pyrénees, and west of Puilaurens the valley ends and they do. Roads running south from Carcassonne eventually turn west toward Foix, the medieval County of troubadors and mountain-top castles, subdued but still defiant following the Crusade against the Cathars. The mountains here rise to well over 2,000 meters, offering winter skiing as well as summer hiking. The shattered walls of Montségur, final stronghold of the Cathar Church, still stand on their spire of rock in the northern foothills of the Montagne de Taber, south of Lavelanet.

The mountains and valleys of the Ariège have been inhabited for a long time. Just south of Tarascon-sur-Ariège, the D8 leads south to Niaux. The walls of the Grotte de Niaux were decorated with handprints and scenes from the hunt more than 15,000 years ago. Tours are available in English; reserve in advance by calling 0561-05-10-10. Stop in Mirepoix on the way to pick up a picnic; if it's raining, Tarascon has plenty of cafés.

How to get to Montségur and Niaux