Explore the neolithic past of Southern France 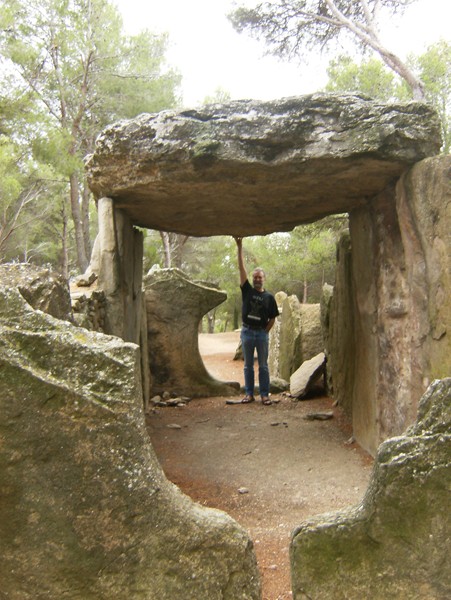 Megalithic monuments attesting to a robust population in the late stone age and early bronze age are scattered through the mountains of northern Languedoc. Dolmens - ancient burial chambers capped by huge flat slabs of rock - are some of the most evocative, revealing a culture that not only took great pains to protect and honor their dead, but also situated their final resting places to give them sweeping views over the surrounding countryside. Not only engineering skill, but also a finely-developed aesthetic sense, are on display at these striking monuments from a distant past.

The stunning Dolmen de Fades (Dolmen of the Fates or Fairies), located off the D168 just east of Siran, is the largest in the area. The remains of finely-carved keyhole doorways on both ends of the 3-meter high central chamber suggest a high degree of sophistication on the part of its builders. Unlike the mountain dolmens, this one sits on a low hill - possibly artificial - overlooking the gently rolling Aude valley. The construction of such a massive structure clearly required an organized workforce as well as visionary planning: one imagines an entire community at work, probably after an exceptionally bountiful harvest, building a monument of thanksgiving and memory. 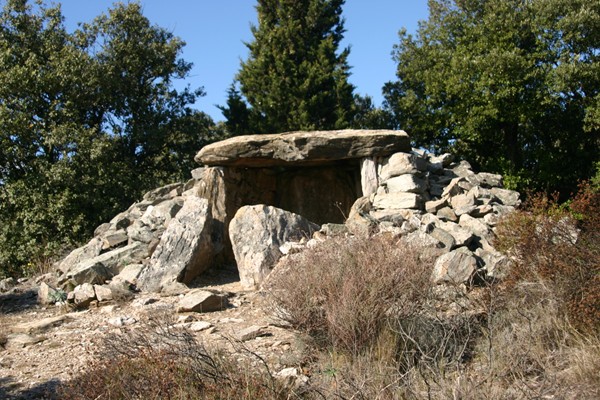 Located off the D289 just above Villeneuve, the Dolmen du Palet de Roland is a classic mountain dolmen, its opening facing south to overlook the Aude valley to the snowy Pyrénées beyond. The stones mounded around the dolmen's sides offer a suggestion of how these tombs looked when finished: ceremonial mounds of bare rock, massive cairns celebrating the decreased, the labor of the builders, and the site itself. What roles did these tombs play in a culture that saw a spirit in every place, some friendly towards humans and others not? We can only stand in these spots, admiring their magnificent views, and wonder.

Across the D289 from Roland's dolmen is a smaller, uncapped dolmen with a view out toward Carcassonne. Nearby are much younger structures - the ruins of a substantial stone barn and of a lime kiln dating from the 1600s. Were stones from these dolmens cooked to make mortar for the massive Carcassonne locks of the Canal du Midi, built in the 1670s? What relics of the stone age were incorporated into the walls of the Roman wine estate of Villerambert, or the churches, houses and towers of Villeneuve? 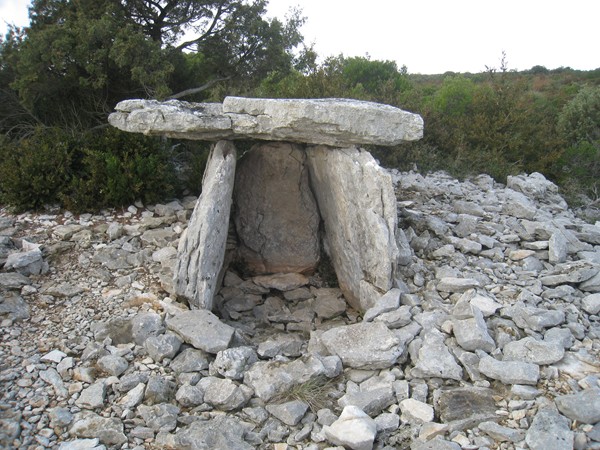 The D147 wanders north and west from the ancient cité of Minerve, threading its way between the steep canyons feeding into the Cesse. The rising land is wild causse, covered with oak thickets and brambles, with jagged grey plates and shards of limestone breaking through the thin soil. An engraved rock on the left side of the road promises dolmens, and a few hundred meters down a rocky track there they stand, grey on their heaps of grey shards, staring out across the Canyon of the Cesse toward the fertile lowlands beyond.

The dolmens of the causse have a rougher, harsher feel than those of the valley. There are no polished or sculpted or even cut stones, but rough fragments, maybe hacked to the right shapes but probably just chosen from the thousands littering the area. The edges of the rocks are still hard and sharp. Hard people must have roamed this forbidding, windswept landscape, and built these rough homes from the rough rock for their hardy kin.

A pair of very similar dolmens can be found in the causse above Siran, by following the marked "Route de moutons" trail from the Chapelle de Centeilles just north of town. This trail takes about three hours. Avoid it on hot days, as there is no shade. 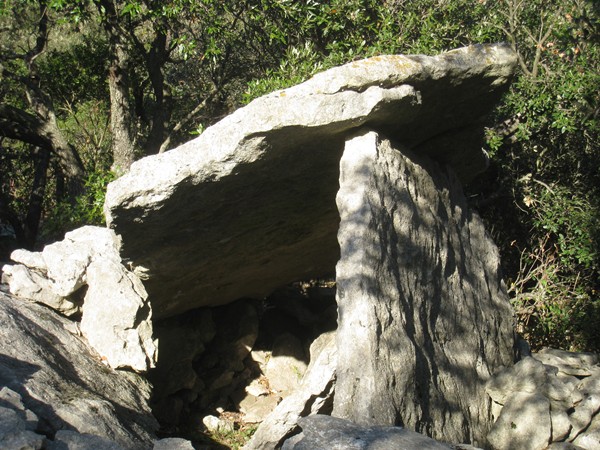 Farther up the D147 is a left turn to Bois Bas, now home of the Cravirola communal farm practicing and teaching sustainable agriculture. Stop at the main building to let them you're here and ask for directions to the dolmens. A short walk toward the canyon takes you to the Necropolis of Bois Bas, with over a dozen identified dolmens, roofed rock chasms, stone circles and cairns. Some of the dolmens here are massive, others are small, simple spaces between drystone walls that might once have been roofed with larger stones. Beware, as underfoot the ground itself is cut by deep, straight trenches like nascent canyons, some meters deep. Massive slabs roof some of these, converting them to narrow stone chambers. In one clearing, two such chasms in the rock intersect in a perfect four-armed cross, from the middle of which a scraggly tree is growing.

The ridge of Bois Bas, below which the Cesse makes a sharp bend northwards, must get significantly more rainfall than the causse above Minerve, for the monuments here are embedded in a thick forest of scrub oak and laurel. A network of trails, some clear and others faint, leads through the brambles from the well-trodden and whimsically-decorated main trail. Give yourself plenty of time to explore this area, the largest known dolmen field in Herault. 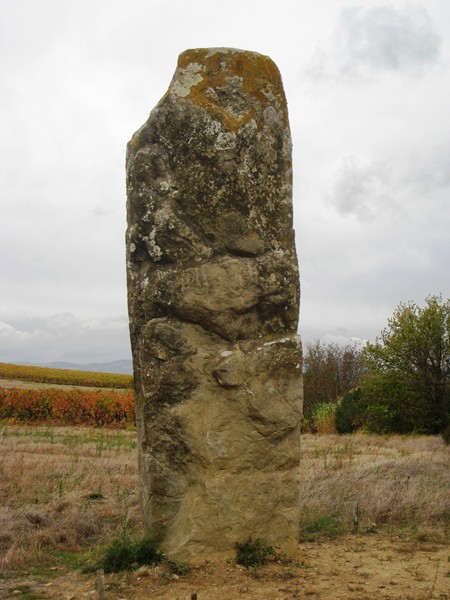 Menhirs - single standing stones - are rarer in the Minervois than dolmens. The massive Menhir of Malves, on the D38 just north of Malves en Minervois, is easily three times a man's height, and must extend almost that far into the ground to have remained vertical all these years. It stands on a flat hillock - given the human penchant for mound building, one always wonders whether such hillocks are at least partially artificial - that must have been an especially significant spot. A meeting place for mountain and valley clans, perhaps? A point where the Clamoux river, back then, emerged from underground?

Dedicated menhir enthusiasts head north from the Minervois into Aveyron, where the Grandes Causses are rich in both unadorned menhirs and statue menhirs carved to depict male and female figures. More information on the dolmens and menhirs of northern Languedoc, including maps and directions, can be found on Bruno Marc's Megalithic Portal.